Most Site-to-Site VPNs are policy-based, which means you define a local and a remote network (or group of networks). Only traffic matching the defined policy is pushed into the VPN tunnel. As the demands for more complex and fault tolerant VPN scenarios growed over the years, most major router vendors implemented a kind of VPN, the route-based IPSec.

The difference is that local and remote network is just 0.0.0.0/0, so anything can travel through the tunnel, it just needs a route. A new Virtual Tunnel Interface (VTI) has to be used for this.

There are two benefits for this kind of VPN:

First, you can set up two tunnels to the same gateway and failover when one line goes down. Second, you can run dynamic routing protocols over the tunnel to create more redundant, or software-defined networks.

For a stable setup, we highly advise using standard IPv4 / IPv6 addresses, although the web interface allows the use of fully qualified domain names (e.g. my.own.domain.xyz), this will have side affects (the tunnel device won’t react on name changes for example).

Before starting with the configuration of an IPsec tunnel you need to have a working OPNsense installation wit a unique LAN IP subnet for each side of your connection (your local network needs a different one than the remote network).

For the sample configuration we use two OPNsense boxes to simulate a site to site tunnel, with the following configuration: 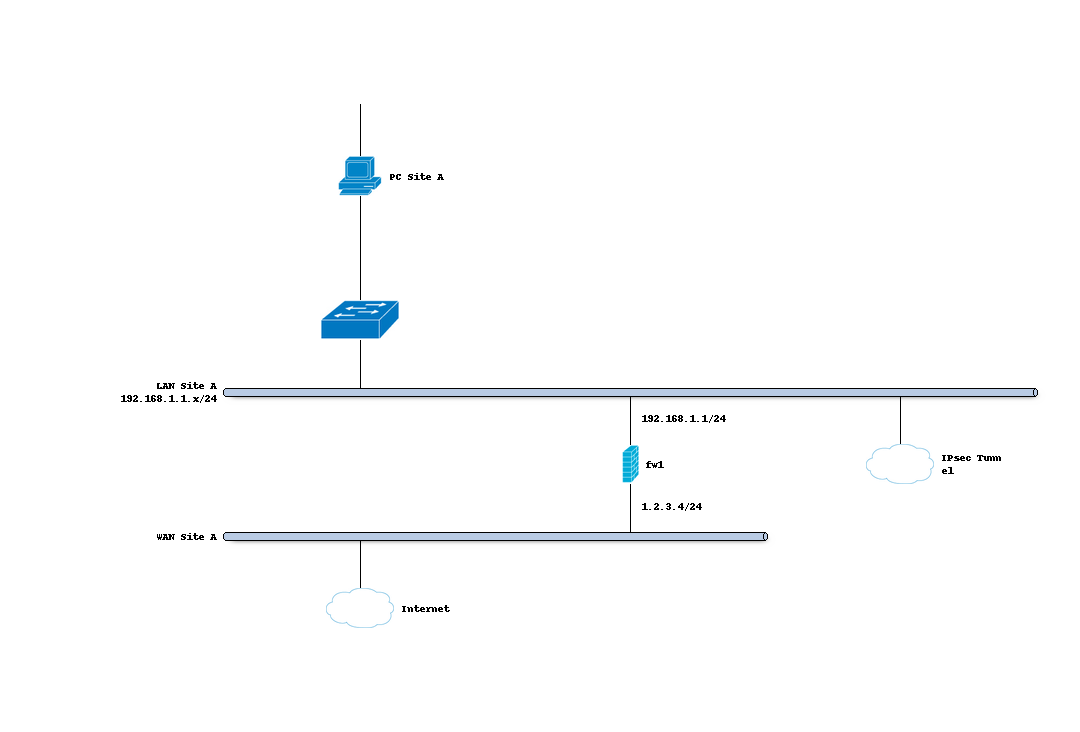 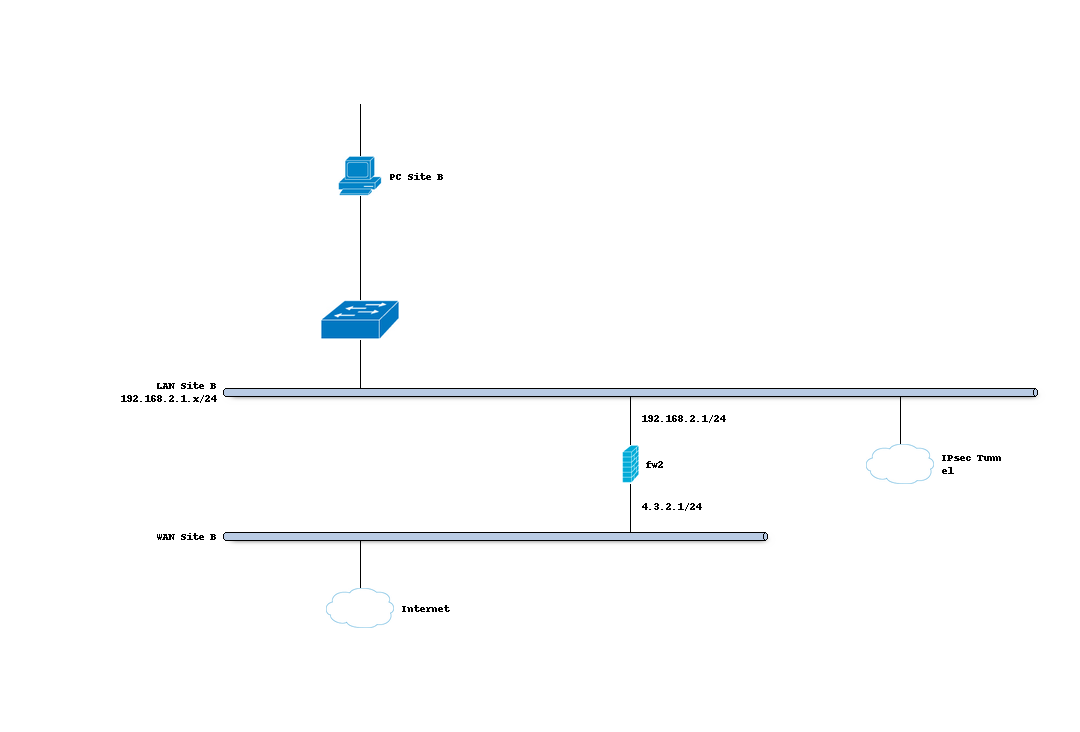 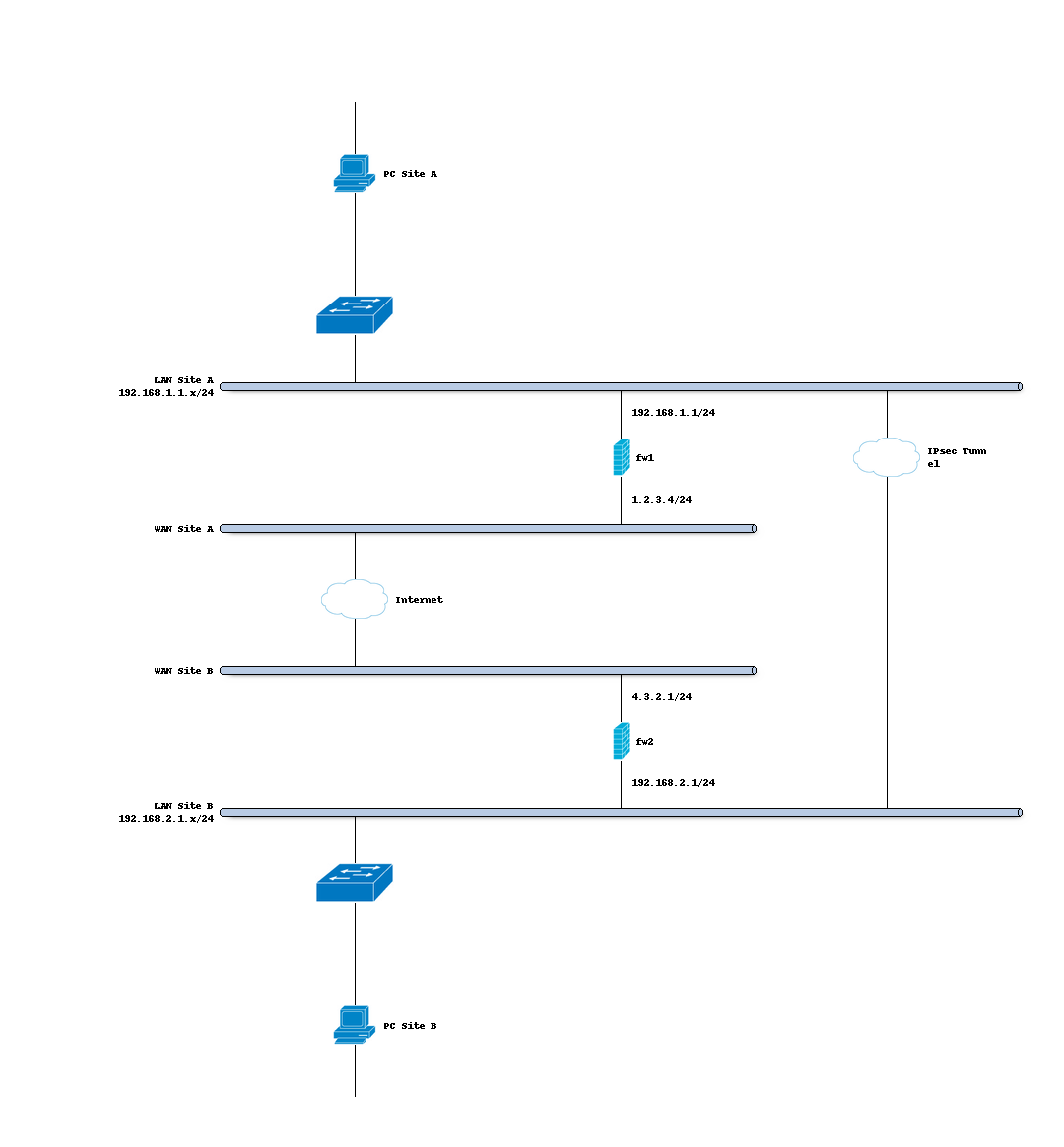 To allow IPsec tunnel connections, the following should be allowed on WAN for on sites (under Firewall ‣ Rules ‣ WAN):

You can further limit the traffic by the source IP of the remote host.

(Under VPN ‣ IPsec ‣ Tunnel Settings Press +) We will use the following settings:

Press the button + in front of the phase 1 entry to add a new phase 2.

As we do not define a local and remote network, we just use tunnel addresses, you might already know from OpenVPN. In this example we use 10.111.1.1 and 10.111.1.2. These will be the gateway addresses used for routing

Save your settings by pressing:

Enable IPsec for Site A, select:

You are almost done configuring Site A (only some firewall settings remain, which will be addressed later). We will now proceed setting up Site B.

(Under VPN ‣ IPsec ‣ Tunnel Settings Press +) We will use the following settings:

Press the button + in front of the phase 1 entry to add a new phase 2.

Enable IPsec for Site B, Select:

To allow traffic passing to your LAN subnet you need to add a rule to the IPsec interface (under Firewall ‣ Rules ‣ IPsec).

The tunnel should now be up and routing the both networks. Go to VPN ‣ IPsec ‣ Status Overview to see current status.

Now that you have the VPN up and running you have to set up a gateway. Go to System ‣ Gateways ‣ Single and add a new gateway.

When gateways are set up you can add a route for the remote network pointing to the new gateway. On Site-A add a route to Site-B and vice versa. Go to System ‣ Routes ‣ Configuration.

Now you are all set!